In the spirit of the upcoming haunted holiday, we are taking a look at some of the eeriest areas of Long Beach Island.

Out in the water, the Barnegat Inlet in Barnegat Light has a chilling past. According to an article featured by the Asbury Park Press, “To the south, visions from a centuries-old battle are still seen at Barnegat Inlet, where a duel between two bands of privateers erupted as one ransacked a ship along the shore, said Charles J. Adams III, who co-authored “Legends of Long Beach Island” and “Shipwrecks Near Barnegat Inlet.” The second band of privateers, who were sailing out of what is now Island Beach State Park, overtook and slaughtered the first group of privateers, he said. 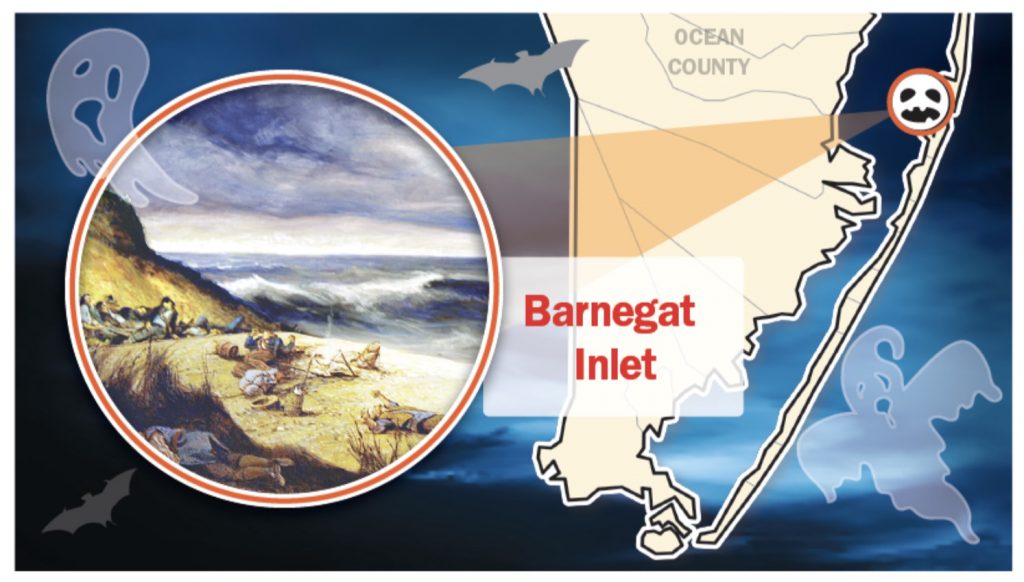 “That spit of land there at the northern tip of LBI … was the site of a massacre in the Revolutionary War era,” said Adams. “To this day, people report seeing… what they believe to be murky figures on the beach, which has changed considerably since those days.”

People have heard ghostly moaning from the dunes and seen sailors in old-fashioned “costumes” who then disappeared, he said.

“They truly believed they were seeing modern day re-enactors who poof, vanished, back into time,” said Adams. “They probably were the ghosts of that massacre.”

On the other end of Long Beach Island, in Beach Haven, a pharmacy from the 1950’s, and is still in operation in 2018, holds a spooky past. Research by the Asbury Park Press found that “In the apartment above the historic 1950s pharmacy, a blue orb has been seen that splits into the faces of two men, said Lynda Lee Macken, author of “Ghosts of the Garden State” and “Haunted Monmouth County.” 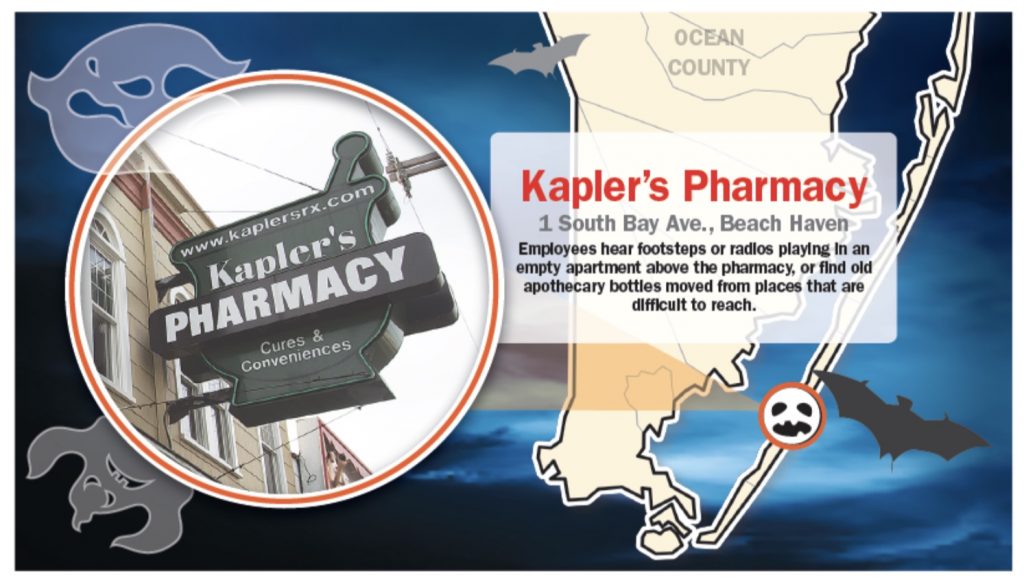 Downstairs, employees hear footsteps in the empty upstairs apartment, or hear a radio playing through the ceiling, she said.

Vintage apothecary bottles stored high on display shelves will end up on the floor in the morning, she said.

“They’re not broken. Somebody has just moved them,” said Macken. “But you can’t get to them without a ladder.”

And, if you dare go to the mainland, be sure to check out he haunted elementary school. The Asbury Park Press article explains this bone-chilling story… “In the years since the Elizabeth V. Edwards School stopped being used for students and classes, numerous security and maintenance staff have reported hearing music and footsteps, seeing lights on in empty parts of the building, or smelling cigarette smoke inside old offices. 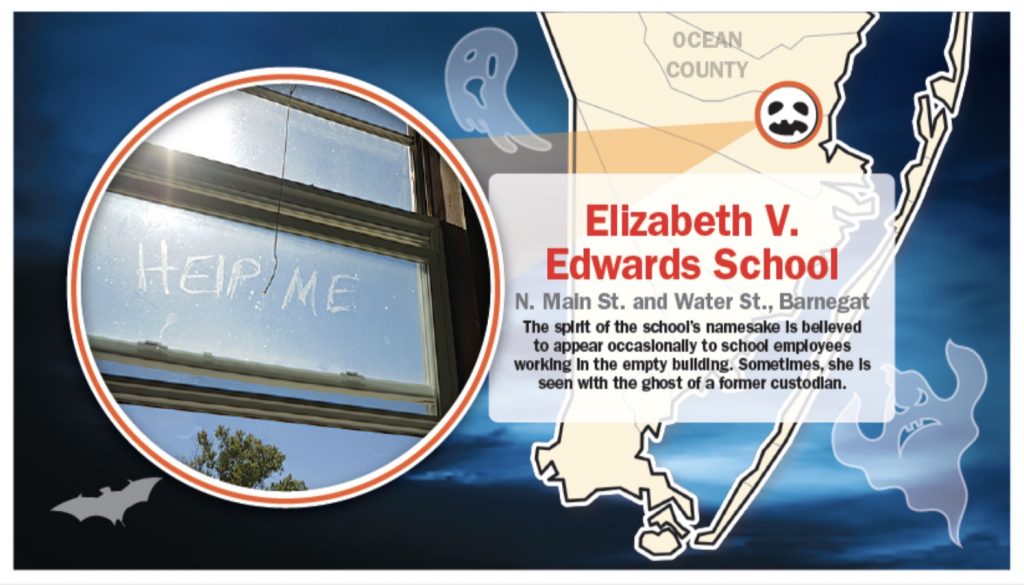 Workers have even seen what they believed to be the school’s namesake, the spirit of Elizabeth Edwards herself, inside the two-story building.

Art Walshe, a maintenance worker in the school district, said twice while working in the school, he saw the image of a woman he believes to be Edwards in a floral print dress with her hair piled high on her head.

The school has since been featured on the TV show Ghost Hunters in an episode that aired earlier this month. On the show, the investigators had videotape of a stack of pictures seemingly picked up and dropped on the ground — even though no one was there.

Whether it’s a haunted house you are in search of or just a boo-tiful LBI beach house, contact us at team@noplacelikelbi.com.

7 Moving Tips That Will Make Your Move a Breeze

What NOT To Do Before Closing On Your Home

Come Fly With Us on LBI This Weekend